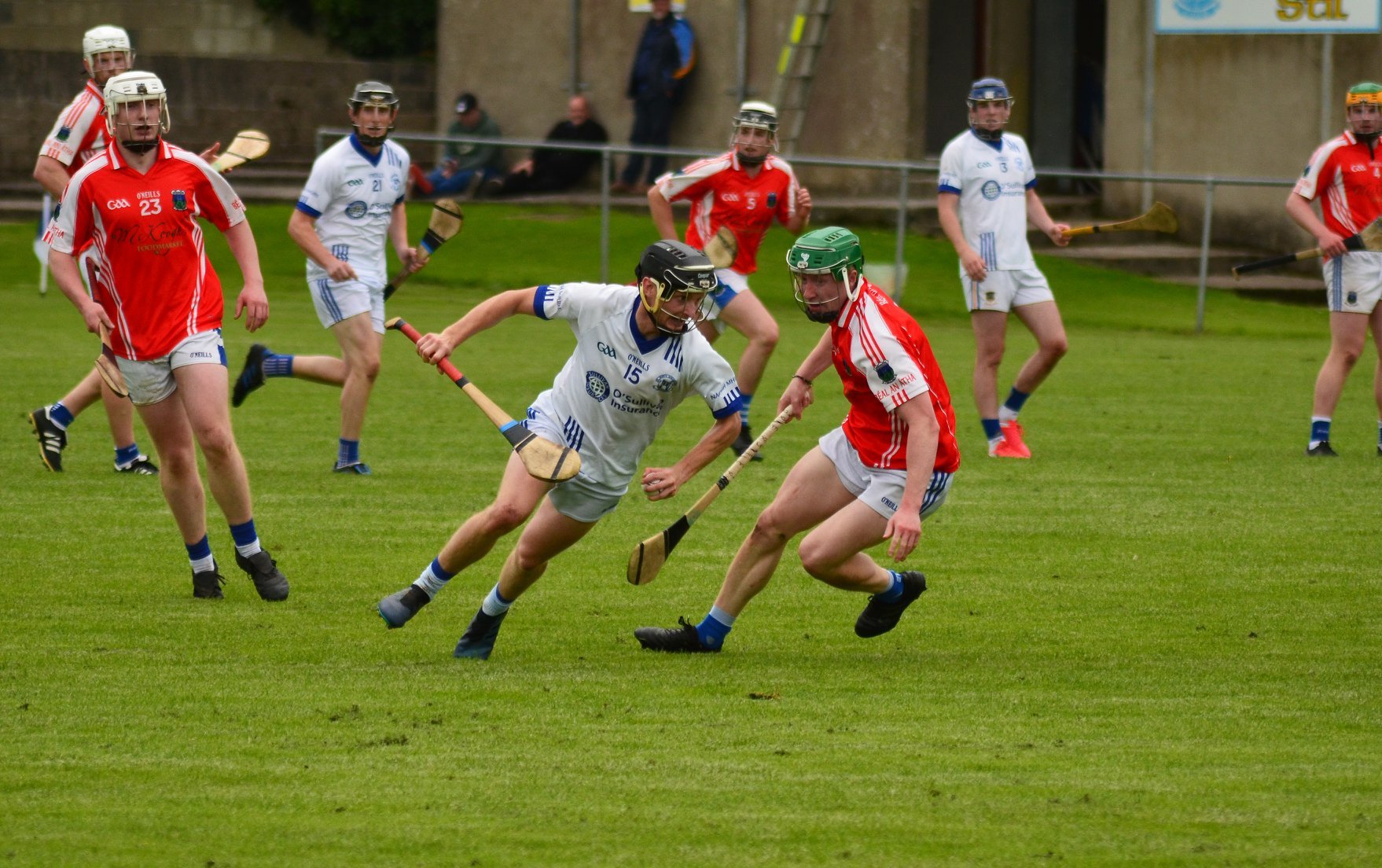 St. Mary's survived a stirring second half fightback by Ballina to make a winning start to their Seamus O'Riain Cup senior hurling championship campaign at Cappawhite on Sunday.

The Clonmel team led by nine points late in the first half, and by eight at the break (2-9 to 0-7). However Ballina came out strongly at the beginning of the second half and five unanswered points sliced the deficit to just a goal within six minutes of the restart.

The north team flattered only to deceive, though. They could never get close enough to land a knockout blow on St. Mary's, who were fully deserving of their victory.

Ballina never looked like snatching the goal that would have made this a much closer affair. A Sam Loughran delivery that dropped into the danger zone was clawed away by Enda Dunphy midway through the second half, and apart from that half-chance the Clonmel goalie had an otherwise uneventful afternoon.

By contrast, Jason Lonergan's two first-half goals for St. Mary's made all the difference. The first arrived in the fifth minute when he dispossessed Ballina goalie Eoin Sheehy and stroked the ball into an empty net. If that strike underlined his opportunism and persistence, his second in the 24th minute spoke volumes for his pace and clinical finishing, as he collected Richie Gunne's crossfield pass and left Ballina's Sam Loughran trailing in his wake before rifling an unstoppable shot into the roof of the net. It was a quality goal and gave his team a 2-7 to 0-6 lead.

Ballina 'keeper Eoin Sheehy may have been at fault for Lonergan's opening goal, but he redeemed himself by coming to his side's rescue twice to deny Sammy Ryan and Gearoid Buckley in the space of a couple of minutes, as St. Mary's threatened to run riot in the early stages.

Despite failing to add to their goals tally at that stage, the Clonmel team were the dominant force in the opening half. Lonergan's first goal and points from Sammy Ryan, Conor O'Sullivan and three Gearoid Buckley frees helped them into a 1-6 to 0-3 lead after a quarter of an hour.

Ballina had taken time to settle but they had the next three scores from Conor Maguire, a Michael Breen free from his own half and a Steven O'Brien effort from out around the middle of the field, as they began to warm to their task. A great score from Jamie Peters steadied the ship for St. Mary's and Jason Lonergan's second goal gave them even more breathing space, with two Seamus Kennedy points in quick succession meaning they had scored 1-3 without reply.

Once the second half resumed, St. Mary's soon discovered that they still had a lot of work ahead of them. Scores from Matthew Power's free, Sam Loughran, Steven O'Brien, David Hickey and Michael Breen's free from inside his own half brought Ballina right back into the picture.

However St. Mary's regained a foothold, and their confidence, with scores from Seamus Kennedy, Richie Gunne and Seamus Kennedy again, with the county player's massive contribution lifting his team's performance above the ordinary.

Points from Jason Lonergan, as well as converted frees from Gearoid Buckley (two) and Seamus Kennedy kept St. Mary's ticking over in the closing exchanges. That was a period of the game when Ballina had points from Michael Breen, Ben King and Matthew Power's free, although the Clonmel team comfortably kept them at arm's length in the end.

Steven O'Brien played his best hurling for Ballina in the second half, while county player Michael Breen, captain Conor Maguire, David Kelly and Matthew Power were always in the thick of the action.

A tough day at the office for the U12 boys against a extr...