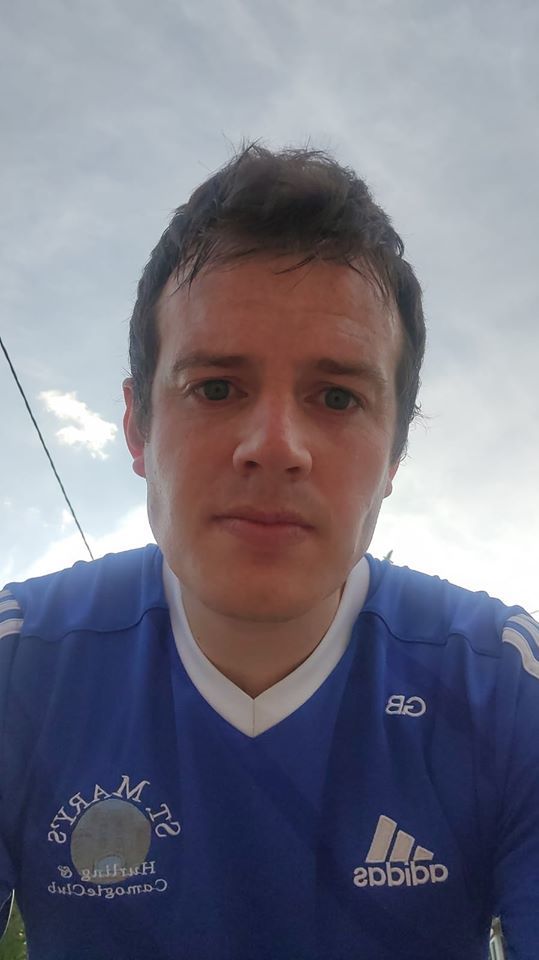 3) Favourite Food: A sucker for Lasagne.

5) Favourite TV Programme: The Office ( US version) - I could never get sick of it.

6) 3 people you would invite to dinner: Steve Carell, Ricky Gervais and Donald Trump (for the laugh).

8) If you could attend any sporting event what would it be? Wimbledon final, ideally between Nadal and Federer and a repeat of the 08 final.

9) Best advice someone has given you: Always keep your eye on the ball.

10) Biggest hurling influence on your career: Too many to mention. Dad, Frank Maher, Willie Peters Billy Carroll and Terence Kennedy were guys who would have coached us a lot growing up - I learnt a lot from each of them when we were underage

11) Most embarrassing moment on/off the pitch: Missing a penalty in the u16 south final is something that always haunts me to this day - missing a few important frees too 👀

12) Superstitions or match day routines: Try not to Puck around the day before a game.

13) Favourite Marys player both past and present.

14) Best Mary's game you saw/played in: Intermediate County Final - the whole year just clicked for us and knew we wouldn't be beaten.

15) Best part of playing with Mary's: Friends, craic and memories.

16) Hopes for the season ahead: Continue the form of last Sunday and win our remaining group games to qualify for a quarter final.

17) What team do you look forward to playing against? Carrick Swan.

18) Most important skill in hurling: Catching and striking on the run.

21) Have you a nickname: Speedy Gonzales.

23) What superpower would you want: To be able to fly.

24) If there was a movie made of your life who would play you: I'll go with Mark Wahlberg - similar build and all that

25) What would you do if you won a million euro: Would have to be a friends holiday to Vegas all paid for

30) Worst dress sense in the club: Timmy Ryan hands down.

South Final for our Minors

Three wins from three for our minor team have paved the w...

A message to all club supporters ahead of the Minor Game ...

Competitive games returned to the playing fields at the w...

Competitive action get underway this weekend with fixture...