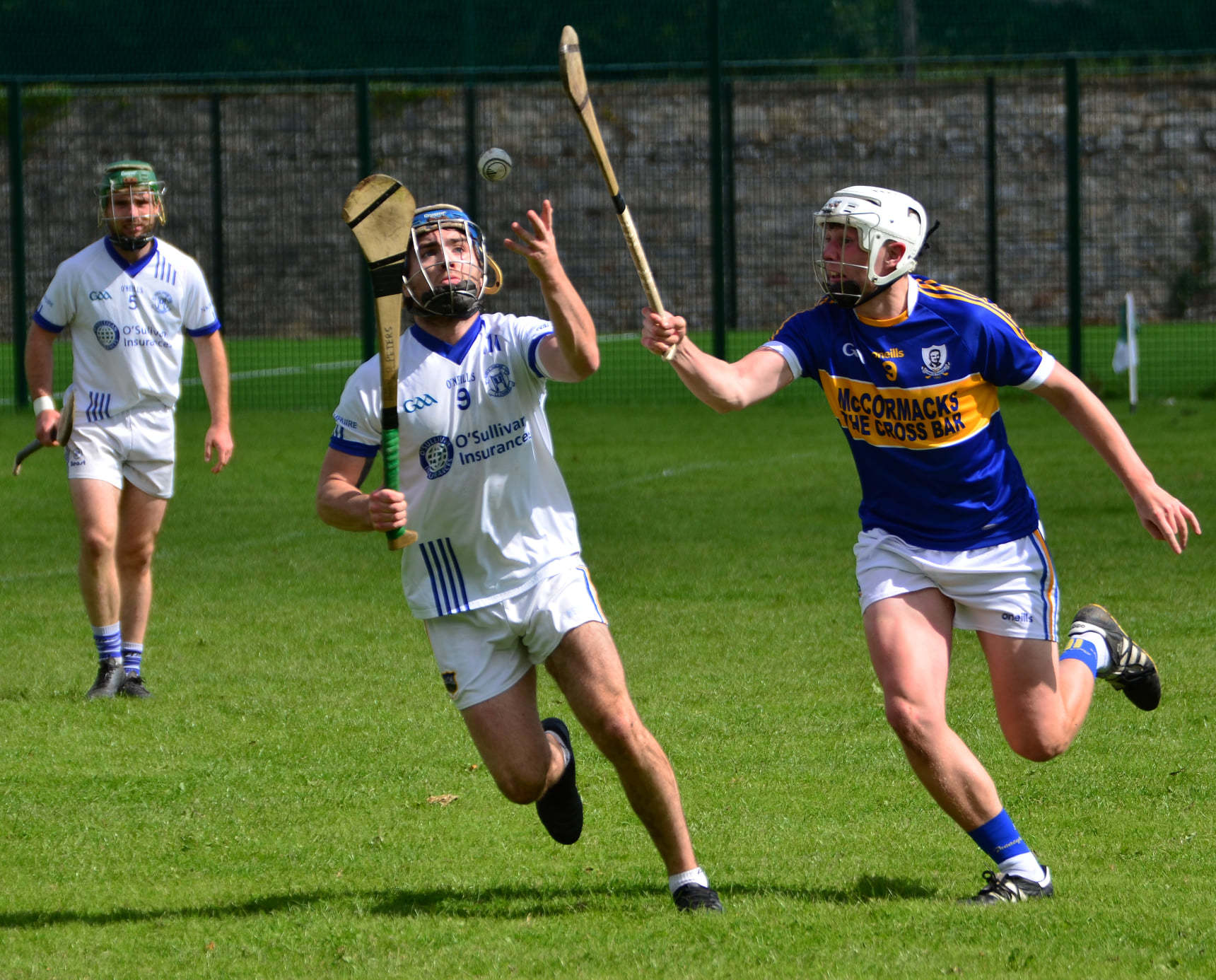 St Mary’s secured their senior hurling status for next season when they overcame the challenge of Sean Treacys in the Seamus O’Riain Cup relegation semi final in Cahir on Sunday afternoon.

Trailing by five points at half-time, the Clonmel side produced a heroic second half performance to outscore their west Tipperary opponents by seven points to claim a two-point victory.

The decision to move Seamus Kennedy from midfield to centre forward in the second half was arguably the winning of the game for St Mary’s. The double All-Ireland winner was outstanding and produced some magical scores when his team needed him most.

He fired over four points in as many minutes at the beginning of the second period to claw St Mary’s back into the game and then added two more to edge his team in front with time running out.

Every St Mary’s player upped their game in the second half. Like many games recently, they started slowly but once they got into their stride they were better that Sean Treacys. Smarter in possession and more clinical in front of goal, they became attuned to how Sean Treacys wanted to play and set about negating it, exposing weaknesses and taking full advantage.

The introduction of Cathal Deely was essential to the victory too. He was a thorn in the side of Sean Treacys from the minute he replaced Conor O’Sullivan and he scored a crucial point just before the second water break to give his side real belief.

Yet despite all their good work, victory could have been snatched away in the dying seconds when Sean Treacys’ goalkeeper Shane Stapleton rattled the post from a 30-metre free.

Right from the first whistle, this game was played with fierce intensity and the sides couldn’t be separated after 10 minutes on the clock, sharing 10 points between them. Ross Peters scored the pick of the St Mary’s scores with a long-range point but his effort was matched by Seanie Ryan who, along with Patrick Deegan, added their names to the scoresheet.

Sean Treacys then scored three points in-a-row through Christy Egan and a brace from Patrick Carey (two frees) and they almost scored a goal when Egan forced a save from Enda Dunphy after being set up by Jody Ryan.

St Mary’s responded through Seamus Kennedy (two frees) and Sammy Ryan but they were struggling to stay in touch with a free- flowing Treacys side who had point-scorers themselves in Patrick Carey, Brian Carey, Shane Stapleton and Christy Egan to go to the half-time break five points to the good.

The second half started promisingly for Treacys when Christy Egan cut a sideline ball over the bar. But it was St Mary’s who upped their game with the possibility of a relegation final staring them in the face. Inspired by Seamus Kennedy, they set about reeling in their opponents. Cathal Deely was introduced and when Kennedy produced two incredible scores along with two frees, the comeback was on.

Deely then fired over to reduce the deficit to a single point and another free from Kennedy drew the sides level. By now it was all one-way traffic, another Kennedy free edged them in front and two points from Jason Lonergan stretched the lead further.

With their backs to the wall, Sean Treacys responded and added two points to their tally through Brian Carey. With just a single point between the sides now, the next score was crucial and it was no surprise when Seamus Kennedy got it, again from a dead ball from close range. With six extra minutes on the clock, there was still time for more drama when Sean Treacys were awarded a free 30 metres from goal. Goalkeeper Shane Stapleton took on the responsibility and came agonisingly close to snatching victory but his piledriver came back off the upright and was cleared to safety.

Sean Treacys will no doubt feel that they let this game slip from their grasp in the second half but with forwards of the calibre of Brian Carey, Patrick Carey, Jody Ryan and Christy Egan they’ll fancy their chances in the relegation final.

A fantastic game in Cahir between Moyle Rovers and our ow...

Not to be for the U14s in Sundays South Final. The lads c...