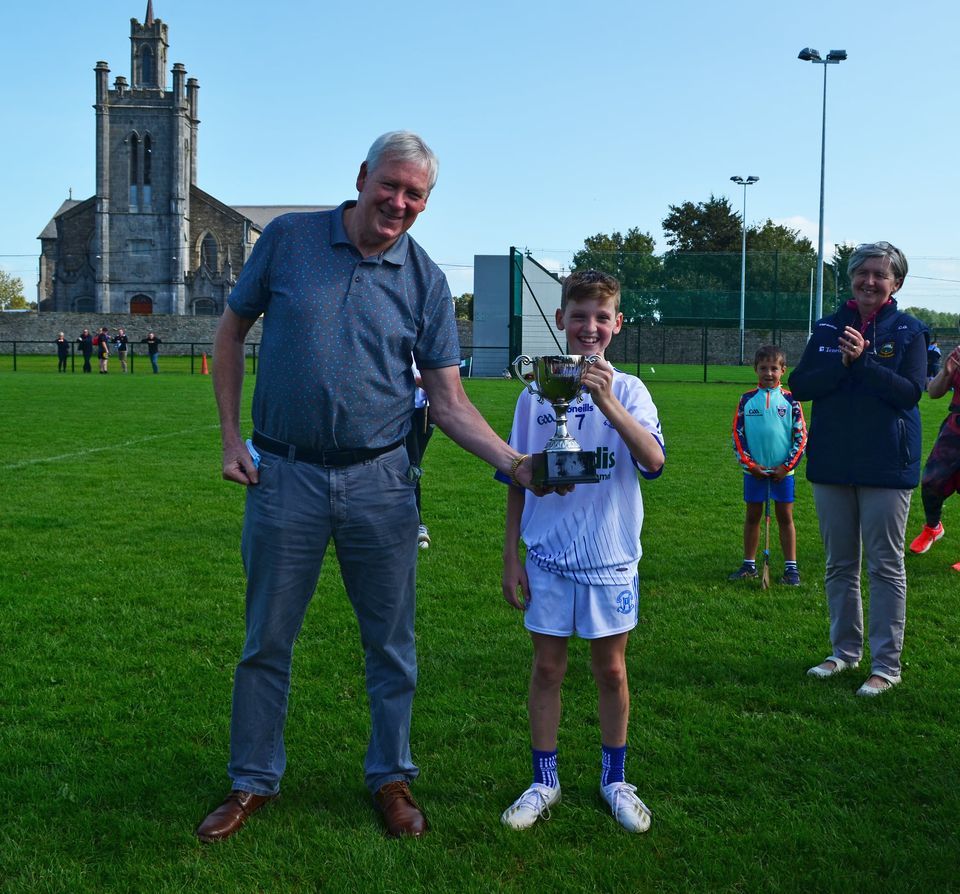 A fantastic game in Cahir between Moyle Rovers and our own U12 team has tension right to the end on Saturday morning in Cahir.

Nerves aplenty at that start of the game didnt diminsh the effort levels and after a slow start the Mary's team got into their stride to lead at half time 2-01 to 1-02.

Adter the break the lads upped their game further and extended their lead out to 8 points with some super play. However, all was not over as a hugley spirited Moyle Rovers team came back the lads hard and forced to goals late into added time to ensure a frantetic finish.

Eventually the final whislte sounded and St.Mary's were on top on a 1-09 to 1-07 scoreline. Captain Cian O Mahony collected the silverware on behalf of his teamates and gave a great speech to all in attendance.

Congratulations to all the players, not just in this team but across our three u12 teams who are all part of the success and especially to our diligent and hard working mentors group for all their efforts. 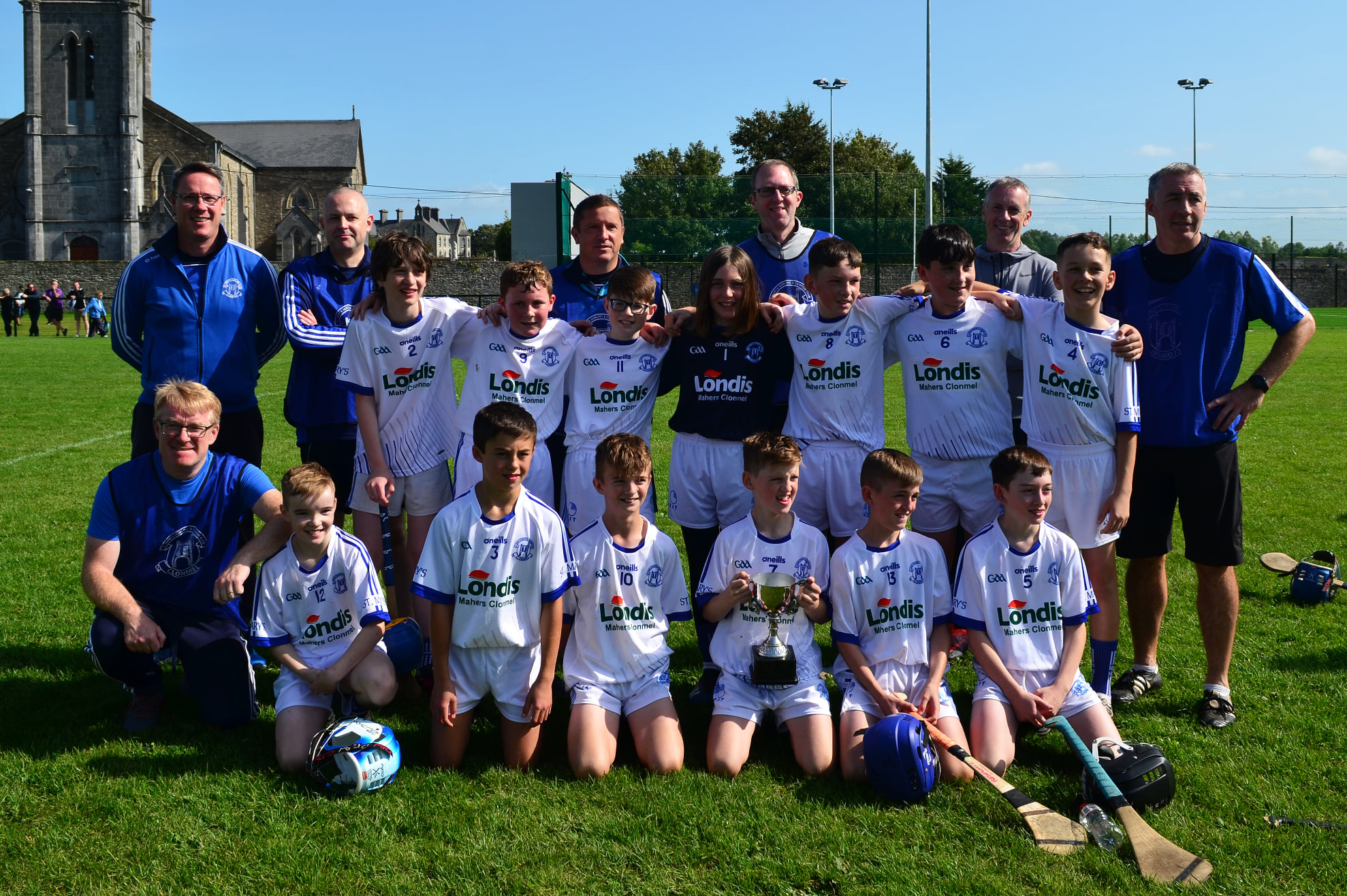 Photos of the game taken by Paul Carroll are available on our website: http://www.stmarysclonmel.com/photos

Not to be for the U14s in Sundays South Final. The lads c...