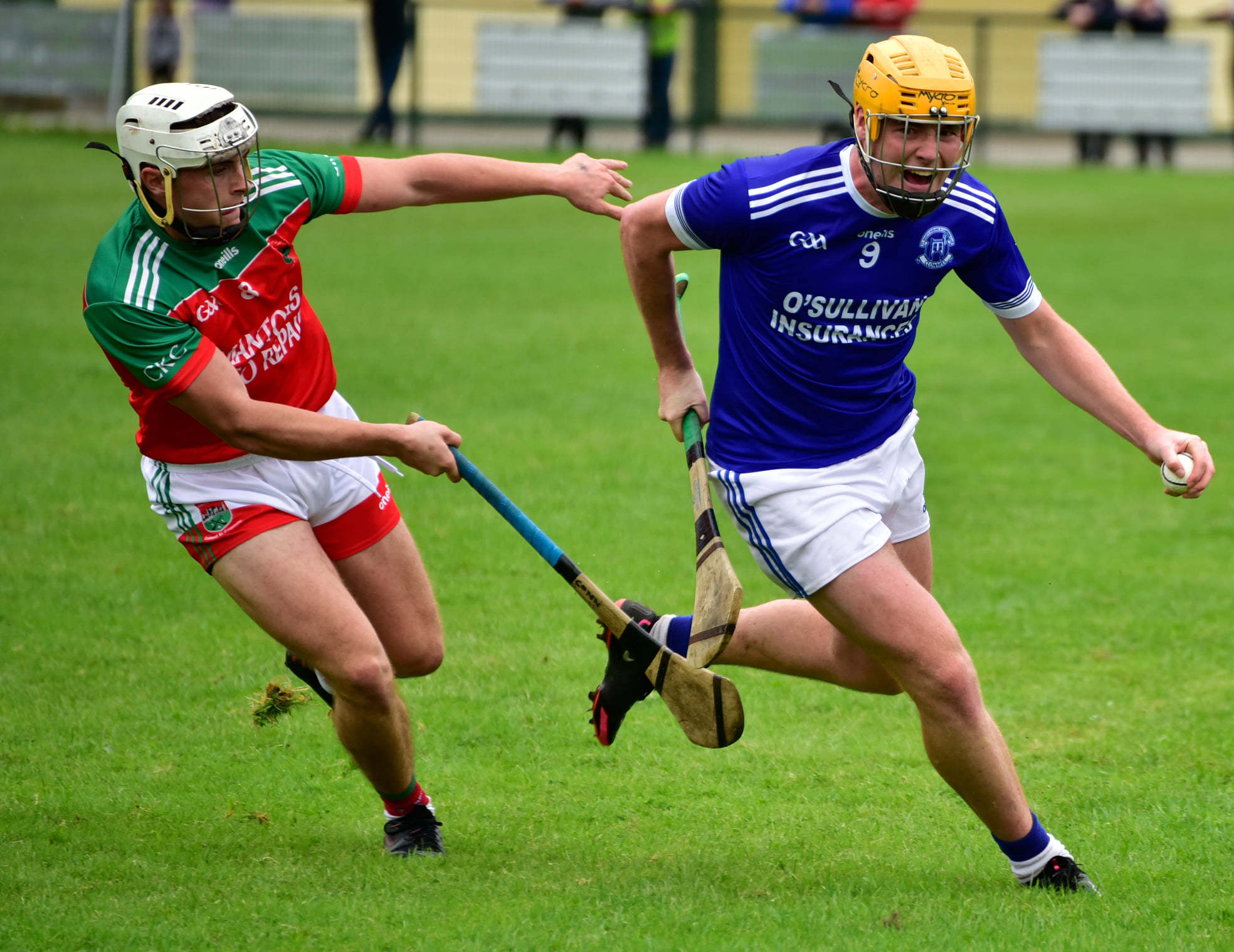 St. Mary's recorded their second win in the Séamus Ó Riain Cup after seeing off Cashel King Cormacs rin a rip-roaring clash in Cahir on Sunday.

The four point margin doesn't reflect St. Mary's superiority as they were never led and Cashel's goal from Michael Coleman came deep into injury time and too late to impact the outcome.

It was a Peter McGarry goal in the seventh minute, taking a pass from Niall Hoctor, that put the Clonmel side 1-03 to 0-02 ahead and set them on their way to victory.

But Cashel were not going to submit easily, and their renowned battling spirit saw them reduce a six-point deficit in the first half to just three at the break and again they stormed back into the second half when it looked as if the game was slipping from them.

Either side of the second half water break they drew level for the first time, 1-13 to 0-16 in a purple patch that saw Eoghan Connolly hit a superb point from play, Devon Ryan point from a free following a foul on Ryan O'Dwyer, and then Michael Coleman from play. But the King Cormacs failed to maintain the momentum and were outscored 0-08 to 1-01 by St. Mary's in the final twelve minutes.

Mary's are enjoying sparkling form, following up their win over Lorrha in the opening round, Sean Kennedy is unerring from placed balls, pointing a 65 and a free in the first two minutes, adding three more from frees and twom from play before half time, with another three from frees, two from, play and a side-line cut in the second half.

His brother Séamus chipped in with three, one from a free, but his contribution was also immense in a roving role that saw him defend and attack in equal measure. His booming deliveries into the heart of the Cashel defence caused untold difficulties with Ross Peters, Peter McGarry and Niall Hoctor always ready to pounce on opportunities.

While McGarry's early goal gave the Clonmel side a huge tonic, Cashel had the opportunity to strike back immediately when Devon Ryan was fouled in the square. Ryan took the penalty himself but Enda Dunphy in goal made a great save. However, Ryan remained central to Cashel's cause in a busy display that saw him point six frees and add two from play.

St. Mary's built on their goal to race into a six-point lead, 1-06 to 0-03 midway through the half, with three further points from Sean Kennedy to a Connolly reply for Cashel. But great points from Conn Bonnar,m Devon Ryan and Ross Bonnar brought the margin back to three. Those three points still separated the sides at the break with the tie still very much in the balance.

St. Mary's continued to maintain their dominance in the second half, always ready to up the tempo again whenever Cashel pressed. Sean Kennedy and Devon Ryan continued to swap scores. Cashel's three points in a row to pull level appeared to be a pivotal moment that spurred their supporters into full voice, but they lost their momentum when Sammy Ryan immediately restored Clonmel's lead and Michael Murphy and a Kennedy free pushed it out to three again in the space of three minutes. It had moved onto six by injury time when Michael Coleman burst through the cover to hit a fine goal that was too late to impact the outcome.

Holycross stand in the way of a County final appearance f...

Leahy Park in Cashel is the venue for this Sunday's Seamu...

Another busy weekend beckons for Mary's teams and followe...

Thurles Sarsfields confirmed their favouritism in the ina...

A defeat to Newcastle on Sunday brought an end to a succe...