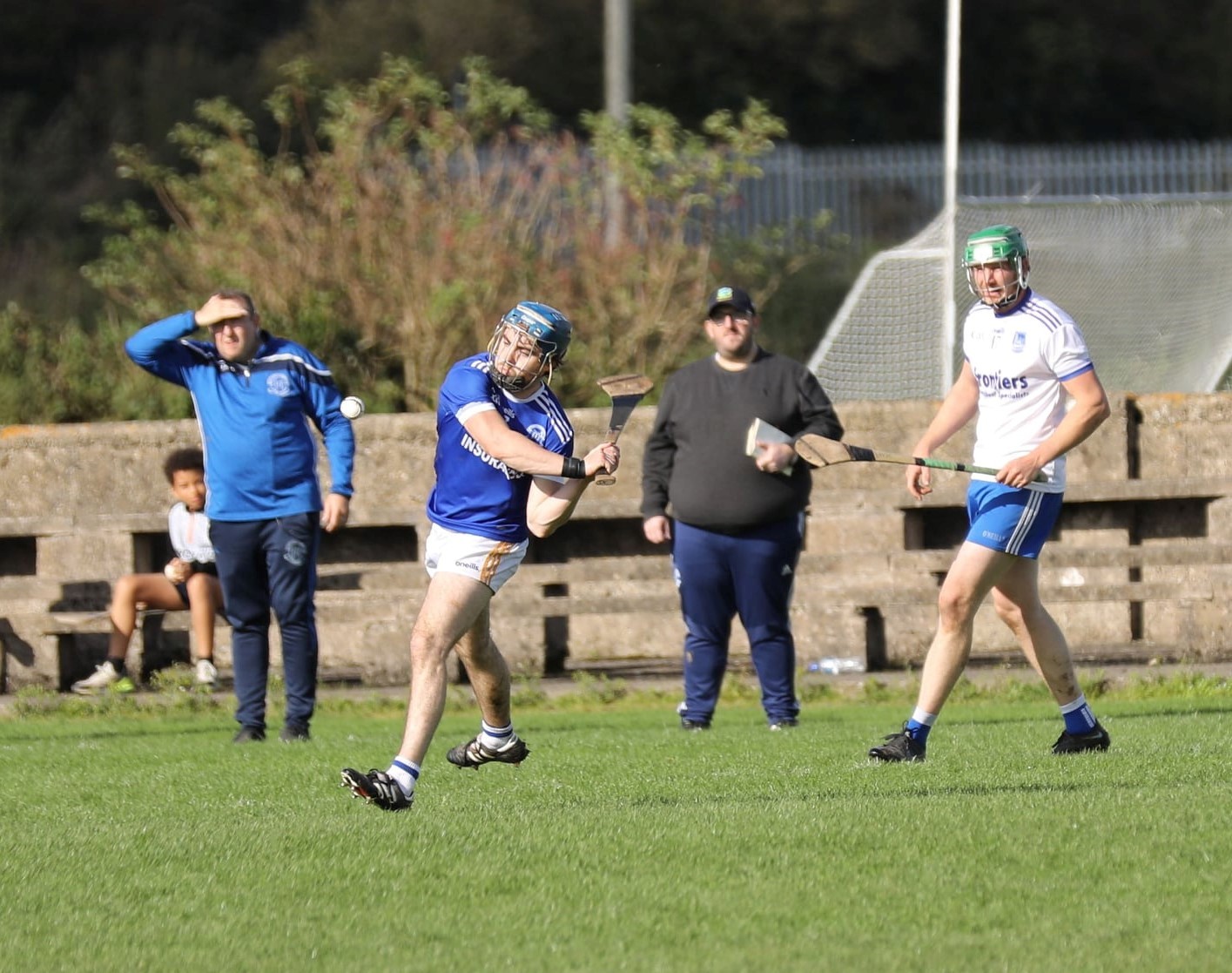 Download our mobile app to hear more about St. Mary's .

St Mary’s booked their place in this year’s semi-finals of the Seamus O’Riain Cup when overcoming a fancied Thurles Sarsfields side in a titanic struggle at Leahy Park in Cashel on Sunday afternoon.

It took extra-time to eventually separate these sides who were level on no less than 10 times over the 80 minutes of hurling, the dogged never-say-die attitude of the south Tipp side prevailing in the end.

Having entered this contest as outsiders, the win will come as a huge boost to the St Mary’s club and to hurling in Clonmel and will give them confidence, once they recover from this stamina-sapping duel, to try and go on further in this competition.

The game on a heavier pitch than what we have been used to up to now was slow to liven up, the sides level at 0-2 apiece after 12 minutes. However three points in four minutes all from play from Ross Peters, Seamus Kennedy and Sammy Ryan had the Clonmel side looking good leading 0-5 to 0-2 at the first-half water break.

They got a huge boost in the 21st minute with a cracking goal. A long delivery from goalkeeper Enda Dunphy was controlled by Cathal Deely to send Peter McGarry on his way. The under 19 player shortened his grip to slip the ball past the advancing keeper and give Mary’s a significant six points advantage against the favourites.

Slowly the Sars’ responded with three unanswered points of their own all from Conor Lanigan including two frees. Their two earlier points had come from Conor Lanigan and Michael O’Brien, and at half-time only the goal separated the sides 1-5 to 0-5.

The Clonmel side did have a huge opportunity before the interval but a Sean Kennedy penalty was well saved by Kevin Bracken in the Thurles goal.

Early second half points from Ross Peters and Sean Kennedy (free) had the Brendan Cagney managed St Mary’s five to the good before Thurles responded.

John Maher began that comeback with a fine point from half-way before Sarsfields got a huge fillip with a goal. While Conor Lanigan’s kicked effort which bobbled across the line into the net may not have been a thing of beauty, it’s value edged his side within a point of St Mary’s. And when the same Conor Lanigan ended a move created by Cian Stakelum’s solo run through the middle the sides were level at 1-7 each after 39 minutes and the pendulum was shifting to the Cathedral Town.

From there to the finish of normal time the sides were to be level on five further occasions as neither side were prepared to relent.

Sean Kennedy and Conor Lanigan were keeping the free-taking scores mounting but there were some vital points from play Michael Gleeson, Liam McCormack and Kevin Dunne for Sarsfields while Peter McGarry and Sean Kennedy raised excellent white flags for St Mary’s.

But it was substitute Josh Ryan’s superb points from a very tight angle in the 62nd minute that earned St Mary’s extra-time just when it looked like they were about to exit the championship. At 1-14 apiece at the end of normal time, it would have been unfair had there been a loser but no doubt, Sarsfields hadn’t helped themselves with a woeful 14 wides over the hour and 17 in total by the end of the day.

The first half of extra-time continued in the same vein with the sides giving it their all. Sars’, following two points from play from Mossie McCormack and Michael O’Brien, edged two up and looked to be gaining the upper hand only for Seamus Kennedy to drive over a rallying point for his side in response, before Dean Cagney, who had taken over the free taking duties, levelled it at half-time at 1-17 to 1-17.

Again Cian Treacy’s side got their noses in front six minutes into the second half of extra-time but still St Mary’s wouldn’t bow. Cagney levelled for sides for the 10th and final time in the 77th before the Kennedy brothers, Sean and Seamus, put a two points gap in it in favour of Clonmel.

With time gone into the red Conor Lanigan almost got away but was hauled down for a free which he converted to leave the minimum between the sides once more, before another St Mary’s substitute, Niall Hoctor, had the final score of the day.

The second half extra-time period saw Thurles Sarsfields reduced to 13 men with red cards brandished by referee Peter Carroll to both Bill Darcy and Aidan Ryan. All told it won’t be a game the Sarsfields will like to dwell on for too long.

This was an all-round team performance from St Mary's with excellent displays from Sammy Ryan, Ross Peters, Seamus Kennedy, Jamie Peters and Joe Gunne. Sean Kennedy and Dean Cagney tagged on the vital points and Josh Ryan's saviour at the death of normal time was priceless.

For Sarsfields Conor Lanigan was the main threat with a haul of 1-12 by the end of the game. Harry Fitzgibbon, Cian Stakelum, John Maher, Aidan Ryan and Michael Gleeson all had their moments too.

Report taken from the Nationalist Newspaper by Jeddy Walsh.

Wednesday has come around quickly with our 2nd walk of th...

2022 Club Membership Due NowMembership for the coming ye...

In support of Ireland Lights Up 2022, the MyLife/GAA Heal...

Our scheduled walk will commence on Wednesday 12th Januar...

Another dark and dreary January Monday could be brightene...